TAKE A WALK ON THE WILD SIDE!

Destination:   Bridge over the Rio Laja 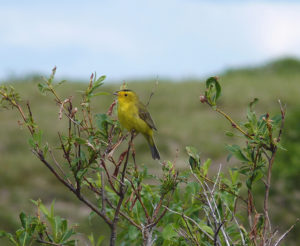 On Sunday, January 20, with leaders Luke Rich, Norman Besman, Michael Burns and Signe Hammer, we’ll head to the bridge over the Rio Laja at Montecillo de Nieto, just past the back road into Atontonilco.

We’ll start birding from the bridge and then walk down along the riverbank. Last year at this site we were treated to some rare sightings, including an Indigo Bunting, a White-crowned Sparrow and a Tricolored Heron. In addition to the heron, other birds that like a watery habitat included our resident Green Kingfisher, a Neotropic Cormorant, a White-faced Ibis and all three species of resident egret: Great, Snowy and Cattle (the last found as often in the fields as near water).

Wintering raptors included a Sharp-shinned Hawk and an American Kestrel, our smallest falcon. In addition, we had great views of a resident Crested Caracara beating along the horizon and a Turkey Vulture tilting overhead. And, of course, we saw our beautiful resident songbirds, including both Blue and Black-headed Grosbeaks, a Mexican Jay and a lovely Say’s Phoebe, with its peachy belly.

Among our tiniest residents were a flock of Bushtits and a yellow-faced Verdin.

The walk is open to all birders, beginning and experienced alike. Wear comfortable, sturdy walking shoes and bring water and a hat.

We’ll have our Audubon de México bird guide, Birds of San Miguel—with 81 species commonly found in the San Miguel area—for sale. Our guides carry telescopes so that everyone can see distant birds clearly, and we’ll also have a few pairs of binoculars to lend.

Carpooling is essential, so if you have a car, please bring it. Plan to arrive at 7:45, as we leave promptly at 8. You’ll be back by noon, with new entries for your life list and new birding friends.

Meets in front of Instituto Allende, Ancha de San Antonio 20 at 7:45 am